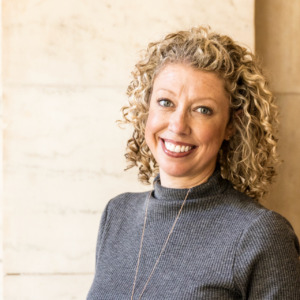 Danyel comes to AMI with a wealth of agency owner experience.

She facilitates our live peer group meetings, partners with Drew on succession work, coaches both owners and up-and-coming leaders, and teaches some of our workshops.

Over the course of her career as an agency owner, she has both bought several existing agencies and grown her original purchase from a small team of four to a 40+ person national force to be reckoned with in their niche sectors.

She spent years grooming and growing the agency’s current leadership team, along with overseeing the complete overhaul of the agency’s systems and processes as it grew.

She was rightly credited for being the heart of her agency’s culture and their commitment to people first is seen in the low turnover and high employee and client satisfaction scores.

Known for her ability to read people, an in-depth understanding of how to identify an employee’s strengths and maximize them, and her gift of inspiring and encouraging people to stretch themselves to new heights, Danyel is the ideal coach for agency owners and leaders.

As the co-lead in AMI’s Succession work, Danyel works alongside Drew to help agency owners identify and groom employees for eventual ownership.

Danyel has her BA in Theatre and Design at the University of Evansville and Harlaxton College in Grantham, England, as well as Interior Design at the Colorado Institute of Art.

When she’s not growing people, she loves to grow plants, hang out with Drew and their menagerie of pets and kids, traveling to distant lands, and uses her design skills to reinvigorate anything from a commercial building to a nook that needs new life.

We use cookies to ensure that we give you the best experience on our website. If you continue to use this site we will assume that you are happy with it.OkPrivacy policy
Go to Top