Writing proposals–whether responding to RFPs or pitching new services to existing clients–is a responsibility that most agency execs would rather avoid. Some agencies, especially larger ones, outsource the task to professional writers or even have a proposal specialist on staff. They’ve realized that it’s inefficient to ask highly paid executives to perform a task that’s outside of their zone of genius.

Smaller agencies may not have that luxury and must learn to incorporate proposal-writing into their long list of responsibilities. I’ve noticed a series of bad habits that, if broken, would make proposals not only easier to write but also more effective at what they’re meant to do – win you more business.

Bad Habit #1: You leave writing a new business proposal to the last minute

There are dozens of reasons why people leave proposal writing to the last minute. Most have to do with paying clients coming first. Many are just thinly veiled attempts at procrastination.

Staring at a blank page can be scary. All writers, even the greats, procrastinate to avoid the fear of starting. But this kind of writing (actually, most kinds of writing) is easier when you start sooner and break it into shorter, multiple sessions.

Use the first session to get some ideas down on paper, set your purpose (see more below), make notes about what you want to highlight. Don’t fret – it’s only a set of notes. It doesn’t have to be perfect. In fact, it can be an abomination. Every first draft is.

I guarantee it’s going to be much easier to edit an ugly first draft than dealing with the pressure of spitting out something far from perfect hours before the deadline.

Bad Habit #2: You jump right in… without a strategy

Maybe you’re not a procrastinator. Maybe you’ve trained yourself to jump right in and tackle the task at hand. But do you have a strategy?

Your strategy should be based on two important considerations, which may or may not be addressed head-on in the proposal, but they set the tone and guide you towards smart content decisions.

The first is your purpose. What do you want out of this process? A new client or more revenue are obvious answers, but how does this help you fulfill your bigger business strategy? Do you need to demonstrate you can handle a larger assignment than you typically work on? Do you need to prove you understand a category you may not have much experience in?

Then, consider your reader. Every reader has an agenda. And, since hiring an agency or even approving a project usually requires more than one person on the client-side, your proposals are likely to have multiple readers. Take a moment to understand who they are and what they’re responsible for. Read between the lines and try to find out why the client asked for this proposal to begin with. What gap is your work going to fill? Is it going to address a new need or fix a problem that your predecessor created?

Bad Habit #3: You tangle yourself in boilerplate

When you don’t start off with a clear sense of your purpose and your reader, you are more likely to fall victim to the hazards of boilerplate language. That is, language that you tend to use over and over again because it serves a similar purpose in different documents.

To be clear, I don’t have a problem with boilerplate itself, but most ad agencies don’t actually have a good working archive of the stuff. They simply go back to the last few proposals and figure out what they can repurpose.

It’s too easy to get sucked into tweaking and polishing content you originally wrote for someone else instead of focusing on writing something custom, thoughtful and persuasive. And no one wants to plow through warmed-over content!

The right way to use boilerplate language starts with having the right language to begin with. But don’t mistake it for the final version; customize it based on your strategy.

Bad Habit #4: You drown them in detail

How many times have you been forced to watch endless footage of someone else’s vacation or look at countless pictures of someone else’s new baby? It might be mildly interesting at first, but the longer you’re forced to endure it, the less relevant it is to you. You just want it to be over.

I’ve seen lots of examples of proud agencies telling the world about their work and achievements in excruciating detail.

Try to resist this human tendency to make it all about you. Instead, think about what makes a good salesperson. Good salespeople make the conversation all about the prospect. Since your proposals are selling tools, they should do the same thing. Focus on the reader and you’ll find yourself making the right decisions for your audience about what’s important and what to leave out.

Bad Habit #5: Liberal use of esoteric terms and TLAs

Don’t make the mistake of feeling obligated to spit back the same jargon that your clients might feed you. And don’t make the assumption that your readers are fully fluent in the language that you might consider “normal.”

This gets into the realm of TLAs (aka three-lettered abbreviations). The Economist’s guidance on abbreviations is simple. Don’t use them, “unless an abbreviation or acronym is so familiar that it is used more often than the full form.”

Bad Habit #6: Assuming mistakes in grammar and punctuation will be overlooked

Proofreading is not glamorous or fun, but it can make the difference between gaining or losing revenue. Still, it doesn’t seem like a lot of agencies think about this as they rush to complete a proposal in time (see mistake #1) or noodle with last-minute changes to the content.

Proofreading your work is essential. Luckily, it’s also inexpensive and doesn’t require special ability outside of attention to detail and a good command of the English language.

However, it isn’t easy to proofread your own work. If you can’t afford to hire a professional proofreader, ask a colleague to do you the favor (preferably one who hasn’t been involved in the writing of the proposal). If all your colleagues are mysteriously at lunch when you need them, there are a bunch of techniques you can fall back on, from reading the text backwards to reading from a hard copy.

Bad habits are hard to break without the right incentive. When it comes to proposal writing, stop thinking of it as a dreaded chore and start thinking about what it really is – a money-making activity. 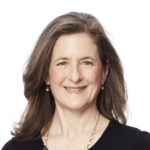