Michael Farmer grew up in the Midwest and was the first child in his family to go to college. He went to Princeton on an NROTC scholarship and worked at various jobs to pay the difference. After that, he spent 5 years as a naval officer, 3 years at sea, and 2 years teaching NROTC at Iowa State University. Then he was off to Harvard Business School and a one-year research assignment writing cases and teaching marketing in Lausanne, Switzerland. He then joined some consulting firms and worked all over the globe. Eventually, he ended up at Bain & Company where he spent three years in Boston, and then nine years in London, Munich, and Paris. Bain then started his own consulting firm, Farmer & Company, specializing on solving agency / advertiser problems. He stayed in London until 2001, and then returned to the States and continued his work. He wrote Madison Avenue Manslaughter between 2009 and 2015, and the book was published in 2015. 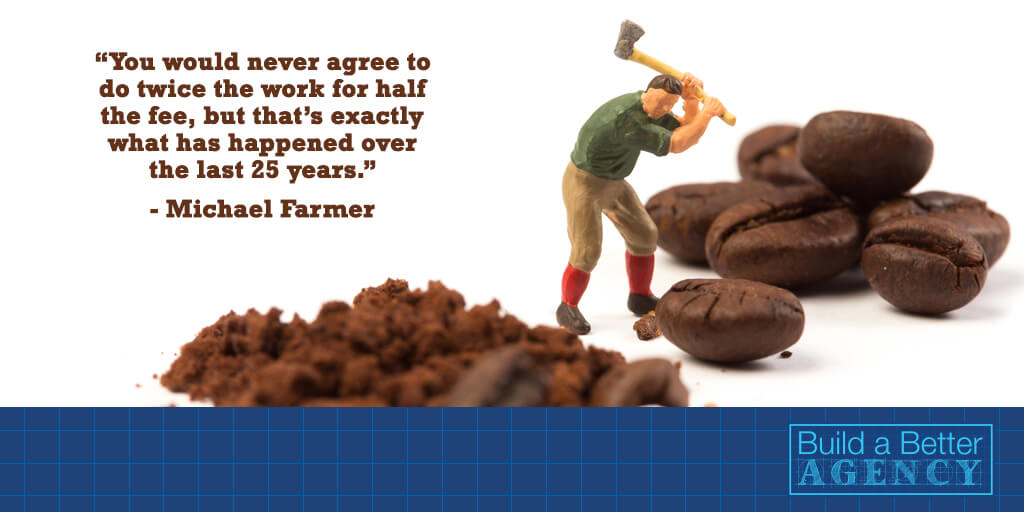 “Agencies are doing twice the work for half the fee over the last 25 years.” – @farmerandco Click To Tweet