How to Get More Ideas From Your Agency Team

Recently I spoke at the Austin CTO Summit about lessons from my article, Why Your Programmers Just Want To Code. I wanted attendees to feel a strong connection between programmer motivation and an environment where everyone’s idea matters. Of course, these ideas don’t just apply to programmers, but to any business staff. Let me unpack how the demonstration I used at the conference can help you get more ideas from your agency team.

Shall We Play A Game?

My talk was only twenty minutes, so I designed a simple ten minute exercise to create an environment for a simulation.

To simulate “real life”, I asked each person to write their title and the number of conferences (known as their ConferenceLevel) on a 3×5 card. Titles were given a numeric score from 5 (VP) to 1 (Programmer), and ConferenceLevel was scored from 3 (Expert Attendee) to 1 (Novice Attendee).

They were then given two minutes to write their one best idea for improving next year’s conference on a 3×5 card.

After they wrote their idea, I presented the rest of the game:

1.The goal of the game is the find the people with the best and worst ideas.

2. People would exchange their card with a stranger, where each scored the other’s idea.

3. The range of scores was -5 (very bad) to +5 (very good). Players were told to defend their idea in hopes their score would be changed.

4. Players were also told to be as objective as possible in scoring, so we could find the best idea.

5. Each person’s score would be calculated with the formula:

6. Each person was told they had the option to simply be an observer and receive a neutral score of zero.

After setting up the game, I asked folks to take a moment to re-read their idea and raise their hand if they wished to join the competition.

Less than half the room raised their hands.

In fact, about 10% raised their hands immediately. They didn’t hesitate a bit.

About ~40% raised their hands after they looked around and saw the 10% raise their hands. I attribute this to social pressure.

That was the end of the game.

I apologized for tricking them, and pointed out that in a room of 125 beneficial ideas, less than 60 would see the light of day.

The problem wasn’t that people didn’t *have* ideas, it was that they didn’t feel safe to *offer* ideas.

I then had folks write answers to a few questions, to process their experience. Even though the simulation was brief, the learning came after we understood what it meant.

If you’re playing along at home, here’s the questions they answered.

1. List the elements in the environment and game that stood out to you?

2. Name three feelings you experienced in the game. How do you feel now about your decision to offer/suppress your idea?

4. What is the implication of this for your work?

5. What changes would you like to see at work?

These kind of questions, based on the ORID framework, allow people to Observe, Reflect, Interpret and Decide next steps.

Comparing and contrasting the answers to these questions creates empathy and understanding between people, which is a step toward a safer environment.

In addition, asking both groups“What might have changed your decision?” allowed people to externalize their internal decision making process. This reveals new information to them, and to those they share it with.

As a leader, what could be more powerful than helping your team talk about what’s going on inside their own head, and striving for the goal of empowering everyone?

Folks talked about their experience, pointing out:

I’m certain there were many other lessons learned, but with only twenty minutes, our time for sharing was limited.

I’m not sure you can design a perfectly safe environment, but you can talk about improving the one you have.

In our case, 10% of the people were energized by the game environment, 40% were hesitant, and 50% opted-out. And this was a room full of CTO’s and founders, mostly white men over 35 years old!

If this had been tech folks at all levels at the company, of various genders and races, I suspect less than 5% would have participated.

Psychological safety is individual, but you can get everyone talking about improving it.

Of course your team has ideas. Everyone has ideas. But not everyone feels safe offering ideas.

Use their feedback to create a safer place to offer ideas, and your agency staff will want to do more than just what’s specified on their job description.

About the Author: Marcus Blankenship 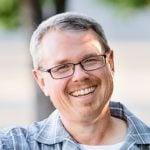 Marcus Blankenship has hired, lead and coached cross-disciplinary design & development teams for over 20 years. Today he helps agency owners and managers move from doing hands-on work to leading their teams, and being the boss their team deserves. Find Marcus at his website, on Twitter, and on LinkedIn.