Back in my early days of agency life, there was a production or traffic manager in every agency. Their job was to make sure all of the work was in the pipeline and delivered on time and on budget. Somewhere along the way, as agencies streamlined, that position went away.

But now it’s back. And it’s making a huge difference in agencies client retention and profitability.

Back then, the production manager was a combination of what we might think of today as a traffic manager and somebody who negotiated with all the outside vendors like printers or other suppliers providing a service to the agency to solve a client’s problem. The production manager kept track of all the jobs the agency had open, the due dates, who within the agency was working on them — and it was all done by hand without software.

Then in the middle of my career, that position sort of went away as people within agencies started tracking their own jobs using some sort of software. Computers and systems began to replace things that humans did previously.

Because of the complexity of our work today, and how fast it needs to be delivered, many agencies are discovering they need more than just software. They need a dedicated person responsible for driving how the work gets done and how it gets done on a budget.

This is a vital role inside an agency and I’m glad to see it’s back. Depending on the size of your agency, this position, combined with implementing the right software, might be something you want to think about as you prepare to step into 2019.

But before you do, I want to share several best practices, resources to evaluate, and a month-by-month roadmap so you and your team will know what to expect and when.

Quite honestly — on-boarding this new role, especially if you add in new software, will be bumpy. It will be hard on your team. You need to think about it carefully, and if you’re ready to grow, maybe it’s the next step for you. My goal for this solocast is to help smooth out the road for you as much as possible. 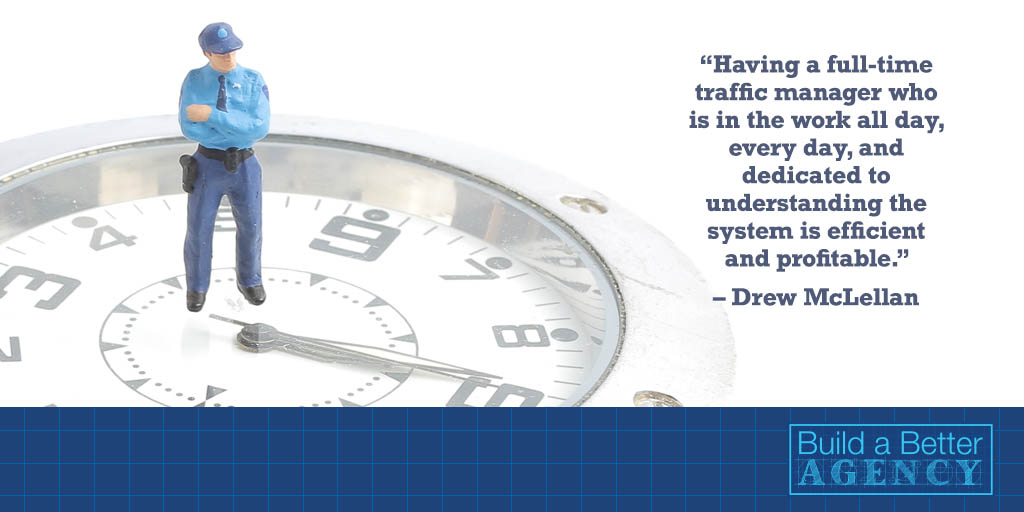 Drew McLellan is the CEO at Agency Management Institute. He has also owned and operated his own agency since 1995 and is still actively running the agency today. Drew’s unique vantage point as being both an agency owner and working with 250+ small- to mid-size agencies throughout the year gives him a unique perspective on running an agency today.

AMI works with agency owners by:

Because he works with those 250+ agencies every year — Drew has the unique opportunity to see the patterns and the habits (both good and bad) that happen over and over again. He has also written two books and been featured in The New York Times, Forbes, Entrepreneur Magazine, and Fortune Small Business. The Wall Street Journal called his blog “One of 10 blogs every entrepreneur should read.”