If you’re operating your agency with the goal of achieving the performance metrics of 55/25/20 recommended by the AMI, it’s easy to see in any given month just how well the agency is performing. Those three numbers should be the basis to guide your decisions on everything from personnel to pencils. Setting goals is great, sharing agency performance goals though, that has the power to change everything.

One of the most important questions agency owners should be asking themselves is a simple one: How many of your agency staffers understand or are even aware of those numbers and how they drive a healthy, sustainable enterprise? Is it just a few—perhaps your finance person and your number one key executive? That’s the most common answer, and it’s also a big mistake. As an owner, if you’re hesitant to educate everyone in the agency about the numbers, you’re literally managing with one hand tied behind your back. Here’s how sharing agency performance goals changes everything, empowers your team, and sets an exciting path for the future.

In coaching sessions I have with agency owners, one of the first things I want to uncover is the owner’s comfort level with financial transparency. If the owner is new to AMI, I’ll take them though the metric; 55 percent of adjusted gross income (AGI) is the target for the agency’s fully loaded compensation, 25 percent utilized for overhead, and 20 percent profit. For those who already know the formula, I work to understand just how deep this foundational knowledge runs throughout the agency.

As an agency owner for 30+ years, I get the hesitancy about “opening the kimono.” A common concern among owners is, “If everyone understands the numbers, they’ll know what I’m making.” It’s human nature for employees to think that the vast majority of every dollar coming into the agency is finding its way into the owner’s pocket. However, taking the time to teach everyone how those dollars are apportioned will lead to a broader understanding of just how the agency makes money and how it spends money.

Explaining to your staff that over half of every AGI dollar is dedicated to their salaries and benefits is powerful. It’s wise to let them know why you must take some of the profit and reinvest in the agency to ensure long-term health. New Macs don’t just magically show up on desks, right? Expanding or refreshing the look of the offices doesn’t come from the building fairies. Does it? Of course not. So let your staff know that you’re making a purposeful decision to allocate some of the agency’s profit to keep their tools current and work environment inviting. Financial transparency can fuel a growth mindset, not only with leaders, but with your team as a whole. It can change the way everyone thinks about the business and the role they collectively play in business growth.

Another benefit of being up front with your team about the numbers? After the team understands the importance of AGI and how it’s utilized, you can talk about why AGI is the agency’s fuel. This allows you to introduce or reinforce AGI goals, both at the account team level and agency-wide. Everyone should be aware of the average AGI percentage the agency needs to achieve to ensure adequate funding of the 55/25/20. Depending on the type of work your agency performs, the range will vary. It used to be 30 percent to 37 percent, but today the average agency falls somewhere between 50 percent and 60 percent. Here are some guidelines based on your agency type:

Each account team should have both quarterly and annual AGI targets for the book of business they are managing. Empower them to direct how a project’s outside costs are allocated and work with whomever on your team contracts for outside services. If it’s a $100,000 project and the goal is at least 60% AGI, everyone should realize the maximum out-of-pocket can’t exceed $40K.

Some might say, “Why does an art director need to understand AGI?” Think about it. They’re making recommendations on everything from stock imagery to illustrators. Understanding why they need to bring the costs in at a certain number allows them to use their best judgment to deliver the best resources aligned to budget.

The same rule applies for those on the digital team. If outside coding or programming is needed, they’ll know who would be the best fit for the available dollars.

Full Knowledge Empowers Everyone to Think Like an Owner

Full knowledge of the agency’s metrics empowers everyone to work together and their collective fluency in the common language of AGI, percentages, and goals adds great value to the agency overall. It also provides foundational understanding that will allow you to introduce an AGI bonus program, furthering the team’s incentive for effectively practicing the business of generating and managing AGI.

Often owners will tell me they wish their staff would think more like an owner. But, how can we expect them to if we don’t give them the information and reasons they need to think that way? Untie that hand stashed behind your back, owners. Educate your team about the numbers and equip and empower them with the knowledge they need to hit their goals—then watch and enjoy what happens.

About the Author: Craig Barnes 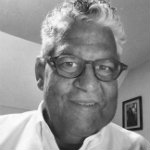 Craig Barnes is an advertising industry veteran having owned and operated an agency for almost 30 years; including three offices across two states. Still operating an agency, his second act (and everyone should have one) brings him to Agency Management Institute (AMI) where he puts his collective experiences to work helping other agency owners improve their people, processes and profitability.